TRYING TO MAKE SENSE OF RUMORS PLUS SOME ACTUAL NEWS

Share All sharing options for: TRYING TO MAKE SENSE OF RUMORS PLUS SOME ACTUAL NEWS 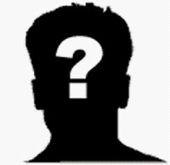 There are rumors out there that the Red Wings are interested in JP Dumont. GM Ken Holland wants more scoring on the wing. This could mean that negotiations with Anson Carter have stopped. Apparently, Holland only wants to sign Carter for one year, and Carter wants a long term contract.

Dumont is also rumored to possibly go to Montreal. Any thoughts? I say no way to that. The Habs are close to the cap already and I don't see them hanging out about $1.5 million below it with Dumont in the lineup.


Eric Desjardins will probably retire this week, says a team spokesperson. Not a rumor but a fact I'm sure.

Another interesting rumor is the possibility of Brian Leetch coming to Edmonton. Is this possible? I know Leetch doesn't want to leave the east coast, but I don't see the Bruins or Rangers signing him either What does MacT want more? A defenceman or a center?
If nothing pans out for Leetch out east, we'll see how much he still wants to play in this league.

What kind of contract do you think Simon Gagne will get? What is he worth? Will he stay in Philly? Or will he sit out?