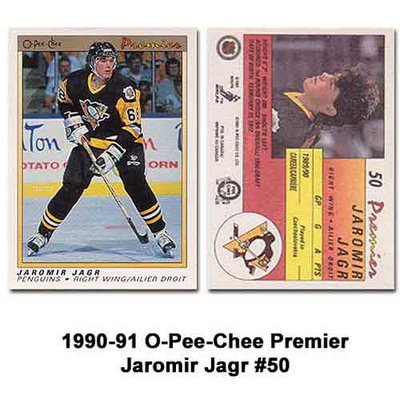 Jaromir Jagr is a player that I admire, but I just can't completely respect. When he took his glove off and saluted after scoring, that was ok with me. It was even fine that he bagged the OT winner to beat Gretzky and the Rangers during Wayne's last game. During the player handshake afterwards, Jagr embraced Gretzky and said, "I didn't mean to do that." Gretzky laughed and told him, "That's what I used to say."
But when Jagr feels unmotivated or depressed, he gives up. Wayne never took a shift off in his career. So as good as Jagr is, I don't think Wayne 'passed the torch' to the right guy in 1999. That is unfortunate, because Jagr is sickeningly good when he wants to be. His career stats are something to behold:
5 Art Ross trophies
1 Hart trophy
2 Lester Pearson trophies
2 Stanley Cups 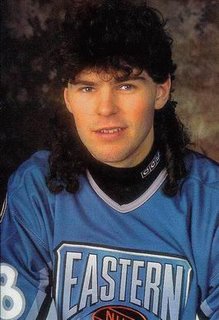 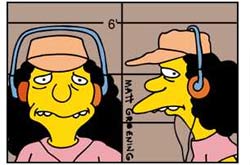 He should bring back the mullet. It gives him superpowers!