MEET THE BLOGGER - 5 SORT OF WACKY THINGS ABOUT ZANSTORM!

I am a music junky! I play or have played almost every type of guitar. My faves are electric and classical guitar. I was in a thrash metal band once. I also play drums, a bit of violin, recorder, and even learned bagpipes once. I can read music, but I play everything 'by ear' and am self taught. 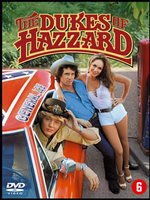 The first tv show I ever got into was hockey, but the first sitcom my family all watched together was the Dukes of Hazzard, every Thursday night I believe. My first crush ever was of course, Daisey Duke! Dang!
I'm sure alot of guys had the same thing!

Every weekday after school I watched Transformers. That is, Generation 1.
Watching it now, the animation sure was shitty back then wasn't it? But I still love it, and own the first 3 seasons on DVD. I never liked Optimus Prime. I was a Megatron and Soundwave fan, and a Decepticon fan really. 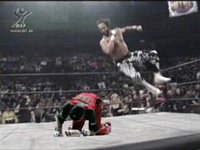 OOOOOOOOOOHHHHHH YEEEAAAAAHHHHHHHH!
My dad got me into wrestling when I was about 7 years old. I initially liked the Hulkster, until Randy Savage arrived. From that point the Macho Man was my fave all the way through the 80's. Why? Because he was tough, agile, cunning, and damn hilarious on the mic as well! (the flying elbow drop wasn't too bad either!)
Here is a visual example of why I like this form of entertainment. 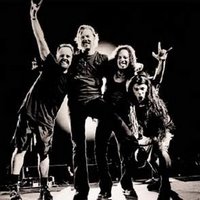 My favorite band is Metallica. Been a huge fan since '87. Besides some of the p---y shite they put out after Load, these guys can do no wrong in my books. But like the instruments I play, I like variety! My musical interest ranges from Bach to the Beatles to Led Zeppelin to Duran Duran to Beastie Boys to Slayer. No jazz or new country music for me!

And that's about it...now..my turn to tag someone...
Ok! I have tagged:
Mike at Confessions of a Hockey Fanatic
Stormbringer at Blog of Madness
ninja at Raking Leaves
Reality Check at Eyes for the Prize
PredGuy37 at PredsPage