I see…errors in your future…

Share All sharing options for: I see…errors in your future… 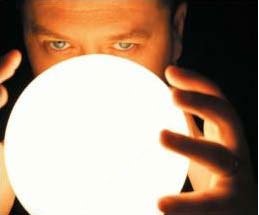 I stumbled across Chris Nichols’ latest fantasy hockey musings (which I really like by the way, the guy knows his stuff backwards and forwards) and was a tad dismayed to see his take on the Luongo trade. Chris, like many people, are questioning how well Luongo will do with all the changes that have occurred in the past few months.

And that’s perfectly rationale since NO ONE knows yet how the Canucks will really look and "feel" come October and, if you couple that unknown with the reduction in pure star power on the roster, it’s going to lead many people to throw the Canucks in a coffin and nail the lid shut faster then you can say "That Paris Hilton song fucking sucks".

Perhaps because it’s in the middle of summer and painful NFL preseason games are starting that I feel compelled to suggest that preseason predictions, no matter the sport, are pure comedy, no more and no less. I can see ESPN’s take on it now: "Canucks Finish 12th, Luongo demands trade, fans demand to drink from Nonis’ skull". For fun, let’s skip back to what the ESPN braintrust (which is awful nice for me to say considering Bill Clement’s on their payroll) "previewed" the 2005 – 2006 season as:

Making matters worse were their takes on the award winners for the year. This isn’t to suggest that ESPN was 100% wrong as they were basically accurate on some obvious perennial locks like Detroit and Dallas and I’m positive other media outlets missed the board in their respective blind stinking drunk dart game of previewing the NHL as well.

Previews typically factor in what looks really swell on paper (e.g. the 2005-2006 Vancouver Canucks) and - since we haven’t perfected that whole bending the constraints of time and space to the whims of the human will thing - often don't take into account all the intangibles, injuries and sheer luck that cannot adequately be captured by looking at a team on paper (e.g. the 2005-2006 Vancouver Canucks).

Keep that in mind when the NHL previews come out in the next several weeks and Vancouver ranks near the bottom in the West again. Anything can happen. Just ask Edmonton. And if Luongo does have a career year and wins the Vezina en route to helping Vancouver snag their first cup, well, you heard the prediction here first damn it!