Share All sharing options for: HOCKEY NIGHT IN CANADA SKED 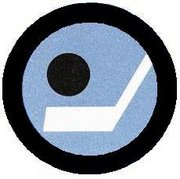 As you already know, the NHL released the televised game schedules last week. Being a Western Canadian who only gets to see games on CBC's Hockey Night in Canada, TSN, and Canucks PPV, I figure I'd share a few statistics about the schedules on CBC and TSN, especially for those who do not have Bell Express-Vu's NHL Center Ice Package. (The Canucks PPV schedule has not yet been released.)
Of course, not all of these games will be viewed by residents in BC or Alberta, etc because of the regional coverages. Below is a list of how many times Canadien teams play on Hockey Night in Canada, for reference sakes.

Leafs play:
Canucks play:
Flames play:
Oilers play:
Canadiens play:
Senators play:
One thing is for sure: It's great to be a Leaf fan when you have Hockey Night in Canada. Twenty-eight Leaf games total..wow. At the same time, they play the Canadiens seven times! Are you kidding me? I don't really want to watch seven Habs/Leafs games during the regular season. Not when there are so many other teams out there. Damn schedule! Egads.

There will be twenty-eight all-Canadian matchups.

There are seven teams that you won't see on HNIC: Islanders, Blues, Ducks, Panthers, Black Hawks, Blue Jackets, and the Coyotes. I really want to see the Panthers, Ducks, and Coyotes. How unfortunate. Maybe some of these teams will be on Canucks PPV.

As a side note, TSN will cover the Canadiens 9 times, the Senators 6, the Leafs, Flames and Canucks 5 times, and the Oilers 4 times. Some of these are regional as well. That is a more even level for viewing Canadian teams for sure.

Besides the multitude of Hab/Leaf games, and Reality Check's badgering, I cannot wait for the season to start!

Heads up, Canuck fans, the Canucks and Leafs play on HNIC on January 13! I wonder if Sundin will knock some poor Canuck out like he did here.